This question has been stewing in me for years but I have almost always been able to keep my frustrations about it bottled up, until today. Why does virtually every Town, City, Government, Public Service, and Politician's website give Facebook free advertising?

Yesterday I wrote about being Demonitized by Google when they kicked my business website off the Adsense platform. For 10 years I have been working 15 to 20 hours per day building my dream, a local site where people can list items to buy and sell in a nearby area. Of course this is challenging because the classified ad business is crowded with Craigslist, Kijiji, and Facebook Marketplace. Call me crazy but I think it is worth while having a locally owned and operated site rather than letting 3-4 tech giants run all local commerce in North America. Despite the competition I was able to generate hundreds of millions of page views over the years mainly in the province of Alberta, Canada where I live.

Building a local internet startup is hard, damn hard. But I did it, my business (TownPost) hit critical mass and started to grow on it's own after years of priming the pump.

And all this is fine because it's best if the Government and Politicians aren't picking winners and losers right? Right?

Well, I challenge you to find a municipality, town, city, or county website that doesn't have a link or Facebook logo right on their home page. These links not only drive local traffic to those sites but they also pass valuable search engine benefits to those pages, so Facebook pages and groups rank higher for keywords related to your town or city since the municipal government is linking out to them. Since TownPost (or some local internet startup in your area) attempts to compete for certain Google search results in your town it becomes nearly impossible when the municipal site is endorsing Facebook. This has a circular effect, since they are driving more people to the Facebook Marketplace it becomes the "go to" place so that's where people look and it becomes even more of the local forum for this information. Likewise businesses will send visitors to their Facebook page, they then use it to communicate with their followers and suddenly they rely on Facebook to reach their audience.

So what? Every municipality and government links out to Facebook, and people expect it. Besides the platform works great to reach constituents quickly and information spreads which is partly the goal of the Government or local politician anyways. This is a fair argument, however, I believe that it perpetuates the original mistake of Governments and Politicians driving their audience to go to Facebook in the first place. Secondly, Facebook is a private company for profit. Thirdly, it is a US based company so all advertising revenue is leaving the country unlike a local newspaper where ad revenue would have re-circulated in the community. So why then was Mark Zuckerberg and Facebook called before Congress? And why are other Political figures speaking out in concern about the US Tech Giant monopolies while at the same time perpetuating it with their own actions? And If I may ask one more question, why do these politician sites and municipal websites not feel the need to simply link to other local alternatives, portals or websites in their own region so they have a chance to compete?

I figured out the answer to all of these questions, and it's very simple. Answer: Nobody cares
Politicians don't careMunicipalities don't care - No municipal government that I am aware of has ever discussed the long term implications of citizens using the US based platform for all of their Local News, information, buying & selling, job postings.
News Media doesn't care - Media companies and newspapers are watching Facebook eat them alive while they continue to engage the audience there and build up the very platform that is seeking to replace them.
Business Owners don't care - Even though many businesses poured money into Facebook ads or contests to "get Likes" they didn't seem to notice or care when Facebook turned around and changed the algorithm so those businesses would now have to spend money to boost ads to reach the audience they created and paid for.

What Happens Next with the Facebook Monopoly?
I believe that Facebook will continue to dominate local news, events, and Facebook marketplace will become the primary place for private buying and selling as well as local business advertising.
Soon Facebook will turn up the pressure on local businesses and regular users to make micro transactions paying to have their items boosted or shown to a larger audience.
If and when Libra Coin is implemented they will massively encourage their user base to do transactions with the Libra system.
People will continue to whine and snivel about their growing monopoly but continue to link to it and check the site 8 times per day.

Our Governments and Politicians WILL care about Facebook Marketplace when it's too late
Mark my words that Facebook Marketplace will eventually implement a crypto currency system whether it is Bitcoin, Libra, or something else. Users will be able to buy and sell items using this virtual currency and most importantly businesses will be able to sell products online using this system. Governments (especially in Canada) will NOT have access to these transactions and businesses will not be required to collect GST, PST, or HST on these sales. That's right, this will be the world's largest "legitimate" local black market in every Town and City where small businesses and work at home Moms can earn untraceable cypto currency because of the magic of blockchain and perhaps Facebook's very own Libra coin. Then I guarantee every MLA, MP, Mayor and Town Council will be spending every waking minute of the day talking about how evil this Facebook monopoly is and how Marketplace is a black market that should be regulated and taxed. The problem for Canada is that they are an American company so good luck getting in on those funds. Then and only then will local governments and communities start to think about the implications of centralizing all commerce, news, and communication on to a single platform owned by a private US based company.

Even though I would love to have a municipality link to TownPost, or a politician endorse it, or heaven forbid a media outlet do a story on this local innovation, I think I would much rather have all of these people recognize that they are endorsing this monstrous platform and helping it succeed in their area. I used to think Facebook was evil, but I don't anymore. Any power that Facebook wields is a direct result of their users voluntarily engaging and promoting the service and everyone is free to find another site, and until that day there will be a few of us working on those alternatives. 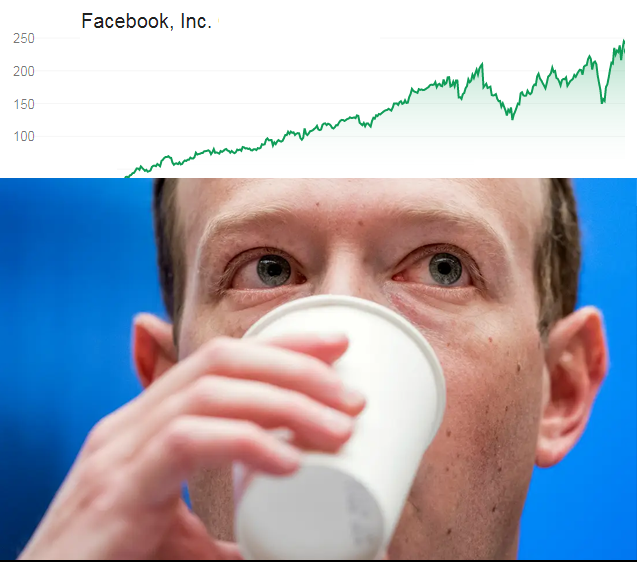