First of all, as a life long Albertan, I do understand the frustration in Western Provinces. I also appreciate the negative implications of Canada's "Anti-Natural Resources" stance and the impact it has had on the economies of the Western Provinces as well as Canada as a whole.

I do however have serious hesitations about cheering for the idea of "Wexit".

As Canadian citizens are we "co-owners" of Canada or are we Stewards of Canada?

I think we have to be careful how we think about our Land/Country, in many ways we inherit and watch over our Country that was paid for by a previous generation. One of the reasons we honor the fallen on Remembrance day is to recognize the sacrifices made to protect the values of our Country (and the West). With that in mind, I think it is fair to take seriously the responsibility of handing what we inherit over to the next generation and preserve The land/Country those before us left us in charge of. I would use the same argument against any "progressive ideology" seeking to dramatically change the values, laws, and customs of that same Country. So I would have the same caution and concern about sweeping social changes as I would for changing the physical borders or contract for our provinces and Canada. Do we as Canadians (or those that identify as "Conservatives) have a moral responsibility to do everything in our power to conserve and preserve the Canada that we are stewards of?

What if Wexit Happened to Western Canada

The 1995 Quebec referendum happened when I was in high school. I remember learning about it and discussing it with friends and classmates. I vividly remember thinking how selfish it seemed to want to tear a country apart, use their currency, presume you can use their ports, highways, and other infrastructure while maintaining your own sovereignty as your own "Nation". I would be remiss if I didn't apply the same scrutiny to a separation I would potentially benefit from. Are we going to switch to US Currency? Start our own military? Negotiate our own Trade deals? Convince BC to join Wexit and let us use their Ports to sell natural resources?

Would a Wexit movement Unify or Divide Citizens of the West

Judging by the recent election results it is clear that Alberta and Saskatchewan are unified in their opposition to the Liberal party, and I'm sure this came across loud and clear. As a voting block with strong Provincial government leaders it's reasonable to assume that our representitives will go to bat for our region and negotiate a better deal within Canada. Wexit may muddy the waters and divide us amongst ourselves making it more difficult to negotiate a clear policies that would make Canada more equitable for Western provinces in terms of Transfer Payments, Natural Resource Extraction, and burdens related to environmental policies.

Zoom out and Look at the Long Term

It's been a crazy few years. Stephen Harper was Prime Minister in 2015 and Alberta just had an NDP government. Liberals went from a Majority Government to a minority government. The pendulum has swung on provincial governments, political correctness, and increasing "globalization" of the world around us. I think it is worth taking a deep breathe in this post-election season to re-evaluate what's really happening. See how Trudeau responds to increased pressure from the west and how his government moves forward with a minority. Give the Scheer government a term to sharpen their leadership, iron our their policies/positions, and see how public sentiment responds to this next term. Perhaps this vote was the electorate giving the Liberals "one more chance", and if they drop the ball the voters will swing heavily to PCs next election.

There are other options

Wexit aside I have heard some brilliant ideas about using this as an opportunity to rethink how we look at our provinces role in Canada (speaking mostly of Alberta and Saskatchewan).
One idea isn't mine so I won't write about it here, but it has to do with cashing in on Carbon Credits.

A much bigger issue is we are outsourcing all the big tech to the United States (FANG Stocks) Social Media, Online Retail, Online Payment systems. Our governments, businesses, and individuals have surrendered to the idea that Google, Facebook, Amazon, eBay, Netflix are going to dominate the internet and nobody in Canada or Western Canada seems to notice or care. While we're worried about the wealth being lost there is a whole new online economy that Canada isn't participating in. Canadian companies and governments are shoveling piles of cash over the border to the big tech giants and nobody else is talking about it. Canada's private sector MUST build up our own online or "Big Tech" sector (this is why we created TownPost), but this is just one tiny David company among all of the goliaths. If Canadian Citizens and Governments continue to ignore local online and tech businesses then with out without Wexit the whole of Canada is going to be left to fight over scraps.

I have more to say on this topic, if you would like to hear more or would like me to join you on your podcast please send an email to contact@dexcts.ca 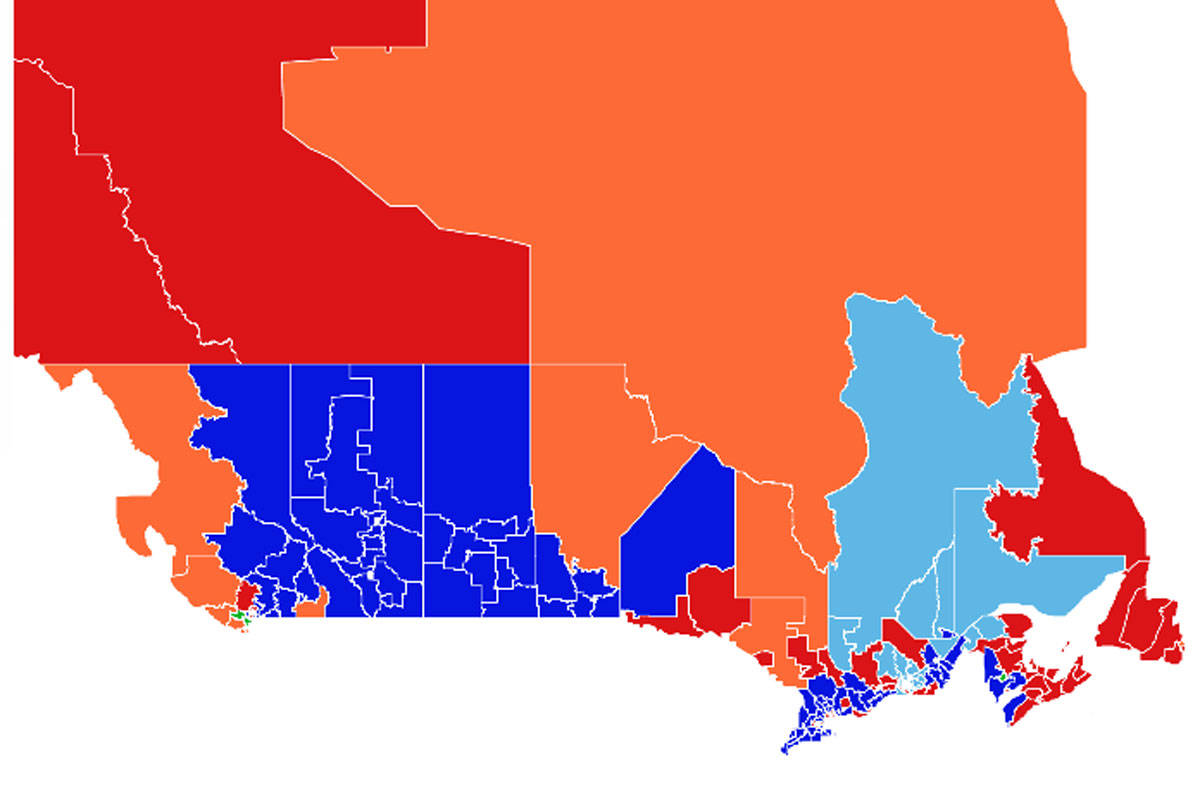