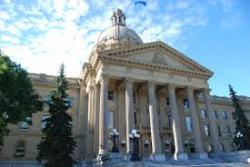 It's been 8 years of relentlessly pushing the rock up the hill building a startup. At several points in the process, we reached out at various municipal and provincial government departments to partner together and help us spread the word about this free community service.

Asking Governments to List TownPost as a Free Resource
In a couple of cases, governments agreed to include TownPost as resources on their websites. The vast majority of other provincial and local governments flatly rejected any request to help in any way. ALIS Alberta was one of those small wins where they included TownPost in a list of local job banks in Alberta.

ALIS Removes TownPost Job Bank
About a week ago we discovered that ALIS (Alberta Learning Information Service) had removed us nearly 6 months ago without any notification. To say I was upset would be the understatement of the year, I was practically ready to run for Premiere of Alberta that same afternoon. I immediately contacted their office, my MLA, and reviewed the remaining Job Banks listed in their resource section only to find that none of those services were Alberta based with the possible exception of 1 that didn't list an office location. The others included Vancouver, Guelph, Montreal, Toronto, California, and 2 owned in the UK. After reinstating us their response was that we were removed due to the few number of job postings (we estimate between 500-700 total). Many of these other Alberta Job banks appear to have more job postings, however, on closer inspection the vast majority include expired jobs, aggregate content taken from other websites, and jobs actually based in other provinces. The primary issue being that not that they weren't supporting an Alberta based tax paying company, but actively promoting our competitors. To add insult to injury we found that the Alberta Government has now funded a provincial Job bank, completley redudant to the Canada Job Bank funded by our Federal tax dollars. How many levels of government do we really need doing the same redundant work when there are local private businesses offering the same service for free?

Google Taking Over
On the flip side the online job bank model may be a lost cause anyway. Google job search has become a much bigger focus for the search giant, they are taking aim themselves at dominating the job search space. Employers are focused more on promoting opportunities through their own websites and social media channels which likely attracts candidates that already have an interest in the field. I should add that despise all of these factors the TownPost Job Bank continues to grow in popularity, particularly in Rural Alberta.

Lip Service to Economic Development and Innovation
All I can hope for is that Governments at the municipal and provincial levels carefully evaluate whether the online services they consider providing interfere with startups in the "free market". As much talk as there is about economic development, attracting new business, and diversifying our economy, it's only talk if those same governments turn around and compete with those same entrepreneurs.